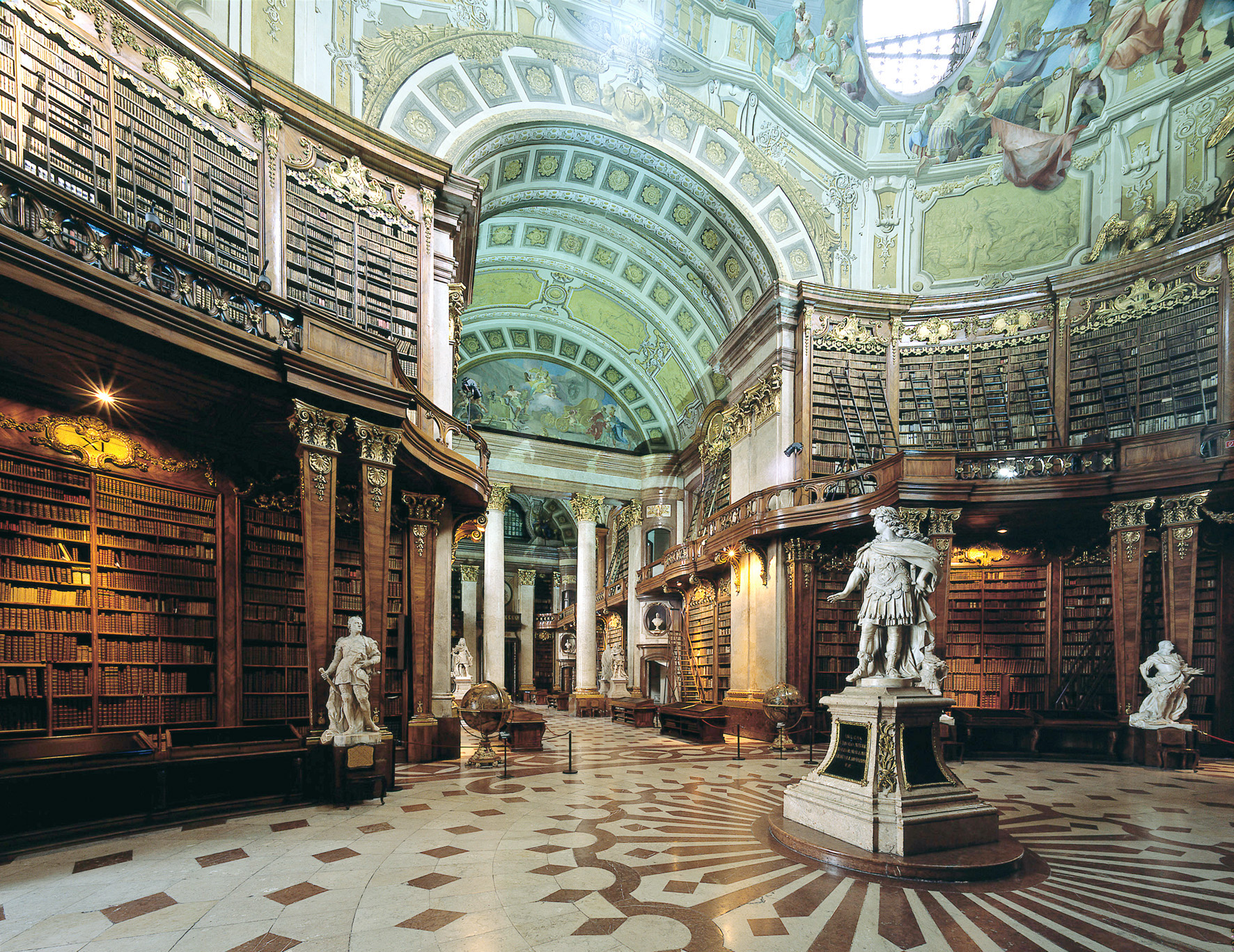 The Baroque State Hall is one of the world’s most beautiful historic libraries. Emperor Charles VI (1685/1711 – 1740) ordered the construction of this jewel of secular Baroque architecture for his Court Library. The State Hall was built from 1723 till 1726 according to the plans of the famous court architect Johann Bernhard Fischer von Erlach, and carried out by his son Joseph Emanuel. The ceiling frescoes were completed in 1730 by the court painter Daniel Gran.