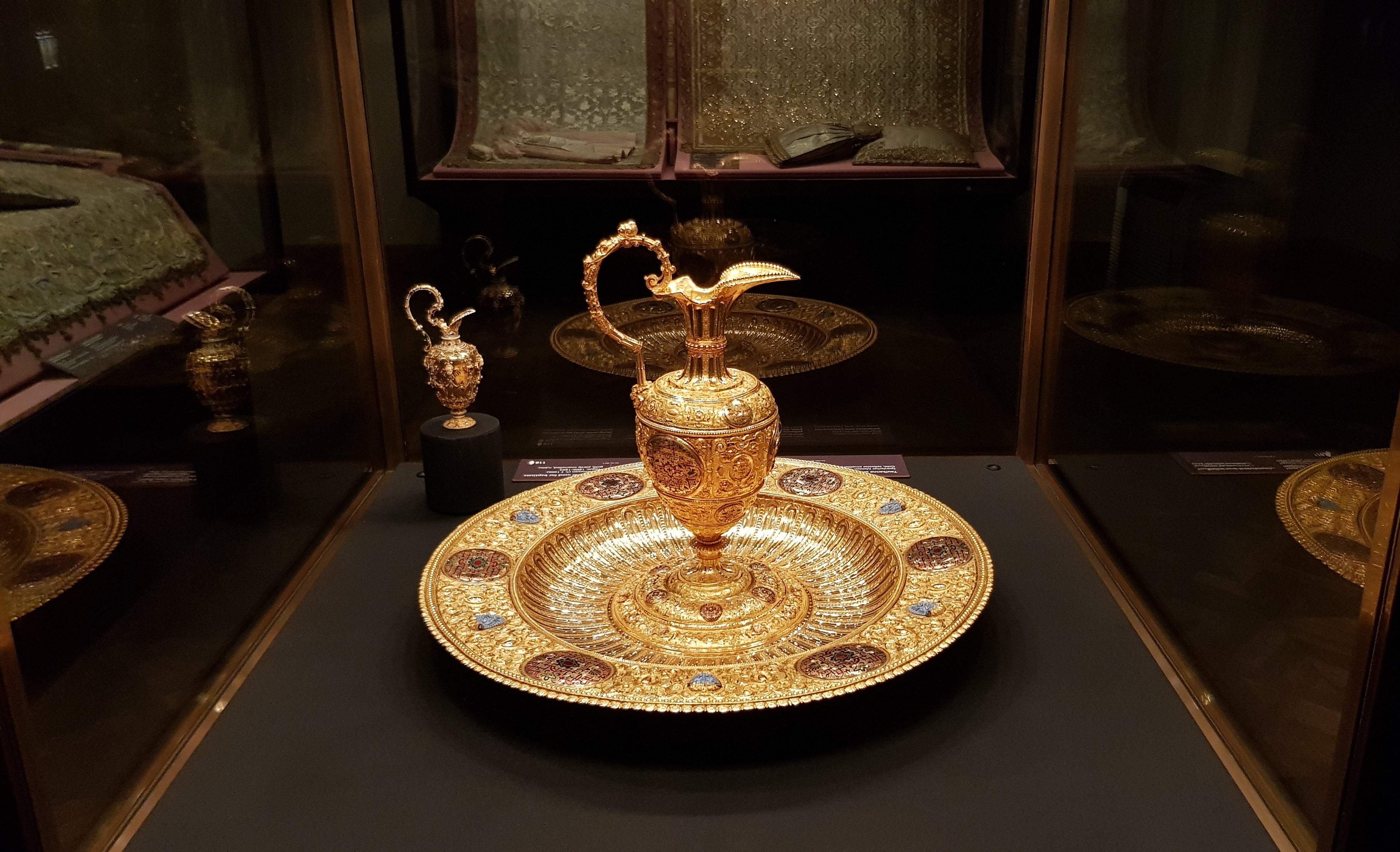 One of the world’s foremost treasuries is located in the oldest part of the Vienna Hofburg Palace, the so-called Swiss wing. The treasury is divided into two parts: the ecclesiastical and the secular area. It is home not only to the imperial crown of the Holy Roman Empire and the imperial crown of Austria, but also houses the Burgundian Inheritance, which dates back to the 15th century, and the Order of the Golden Fleece.

The former power and influence of the Habsburg dynasty is underlined in an impressive way by their vast and highly valuable jewelry collection, including one of the world’s largest emeralds. There are two particular pieces that were, in previous centuries, considered to be so unique that they were declared to be “inalienable heirlooms of the House of Habsburg”. There is an enormous narwhale tusk, which had erroneously been believed to be the horn of a unicorn, and a spectacular Agate bowl from the Late Antiquity period, which had even been believed to be the much-mythicized Holy Grail.

The ecclesiastical treasury offers insight into the history of art, religion and piety.